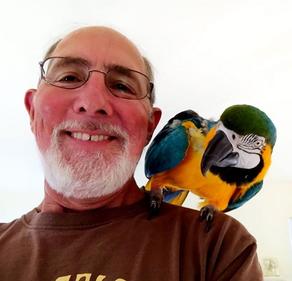 (Ask him anything, within reason) 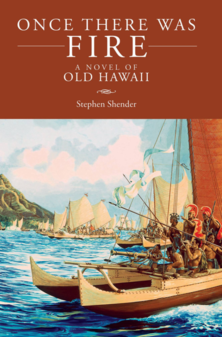 During a professional writing career spanning 30 years, Stephen Shender (Steve to his family and friends) worked successively as a congressional press aide in Washington, D.C., a newspaper reporter and editor on California's Central Coast (Monterey and Santa Cruz counties), a  political speechwriter in Washington, D.C., a corporate speechwriter in Los Angeles, a marketing communications writer in Silicon Valley, and a freelancer before retiring in 2003. He discovered the story of Kamehameha the Great during his first visit to the "Big Island" of Hawai'i in July, 2004, and began writing Once There Was Fire the following November. Twelve years, 20 days later, he finally had a book.

Steve is a native of Chicago's North Side, and a no-longer-suffering, lifelong Chicago Cubs fan. A Frequent visitor to Hawaii, Steve lives in Aptos, Calif. with his wife, cat, and blue and gold 22-year-old macaw. Once There Was Fire is his first novel. He is presently working on a sequel, and--seeing as how he's now 73--he hopes his second book won't take nearly so long to write, edit, and publish as the first one did.​